Does Anyone Like Friendly Wagers - Has Anyone Yet Eaten Their Hat? 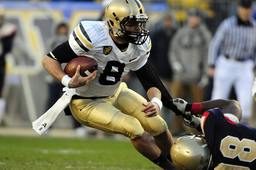 When folks decide to have friendly wagers on something, it can be down to their confidence in the particular outcome of an event. At sportsquaregames.com, wagering is normally thought of in the context of games or sports but it doesn't necessarily have to be the case.

As can be seen with sportsbooks, bets, like with friendly wagers, are commonly taken on all kind of events. The actual principle of making a "book" and laying odds can take on the form of fun bets too, which can cover a whole host of bets.

Certainly a lot of bookmakers such as Sports Interaction will obtain a quote on anything the punter is willing to put their money on. Even if it comes down to wanting to place a bet on the first man landing on the planet Mars!

But what about something a little more grounded? What about having friendly bets? How do they work, any examples of these?

A common term that would be used when someone's having a office pools would be along the lines of one person agreeing to "eat their hat" if such a particular outcome to an event materialised.

Also the offer of "I'll give you a million dollars" gets bandied about, which again is not anything for serious consideration, but used more to make a point as to the unlikelihood of a particular event's outcome coming to fruition. 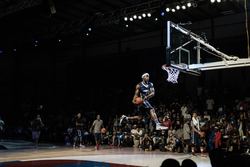 Sometimes friendly wagers are largely symbolic, made between two politicians representing two cities or states on the potential outcome of an important contest between teams representing each area. Are there any examples of these?

Usually, these kind of wagers commonly occur in the United States and Canada. They will often center around the result of playoffs in Major League Baseball, the National Football League, and the National Hockey League.

Although one could say that technically speaking these are a form of sports betting, they are generally considered to have been made for "a bit of fun" or a "bit of a laugh."

When its tied to politics, using high profile sporting events that already generate huge public interest, it is a soft target for friendly wagers amongst politicians and most definitely a great way of generating great PR regardless of who wins the bet. That's pretty friendly, isn't it!